Panel discussion on Diversity and Equality in Science

The panel discussion about the importance of Diversity and Equality in Science will be moderated by Laura Ward. 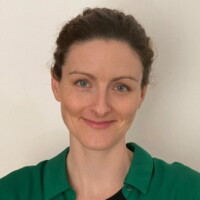 Laura Ward is a research manager with keen interests in inclusive and sustainable research and in bridging life and social sciences. She holds a PhD in developmental neurobiology from King’s College London (2013) and studied innate immunity in cancer initiation as a research associate at the University of Bristol. Since 2016, she has worked as a Project Manager at the Instituto de Medicina Molecular João Lobo Antunes and the ChampalimaudFoundation. In her current role as manager of the ERA Chair project QuantOCancer, she actively works towards a responsible research culture via promoting structural change.

In 2020, QuantOCancer coordinated a successful institutional application for the HR Excellence in Research Award; launched an online workshop series (Your Data Your Story: showcase and share it right!)bringing experts on open science, data management and transparency in publishing; together with a group of proactive volunteers formally consulted with an external discrimination and gender inequity expert to design preventative structures for a healthy working environment; and initiated a mentorship program with a local Lisbon high school, connecting underrepresented low-access groups directly with researchers to encourage diversity in the future of STEM. Alongside, Laura works as an English language buddy for a Lisbon-based NGO.

The panel discussion will have the participation of Bruno Silva-Santos, Filipa Godinho, Jordi Zamarreño Beas and Megan R. Carey. 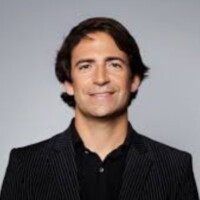 Bruno Silva-Santos is Vice-Director of the Instituto de Medicina Molecular João Lobo Antunes (iMM) and Professor of Immunology at the Faculty of Medicine, University of Lisbon (Portugal). Bruno Silva-Santos received a PhD in Immunology from University College London in 2002, having developed his research work at Cancer Research UK – The London Research Institute (1998-2002), and later at King’s College London (2002-2005). He established his independent research group at iMM in 2006, focused on dissecting the molecular mechanisms of T lymphocyte differentiation and tumor cell recognition; and the translation of this knowledge to the development of new immunotherapies for cancer. He is an “Honorary Member” of the European Academy of Tumor Immunology and in 2019 he was elected EMBO Member of the European Molecular Biology Organization. Bruno Silva-Santos and his work in tumor immunology was recognized with several prizes, such as the Pfizer Prize in Clinical Research and Janssen Innovation Award. He received two prestigious grants from the European Research Council (ERC). In 2013, his translational efforts in cancer immunotherapy led him to co-found the Portuguese biotech company, Lymphact S.A., acquired in 2018 by the British biotech GammaDelta Therapeutics, supported by Takeda Pharmaceutical Company. 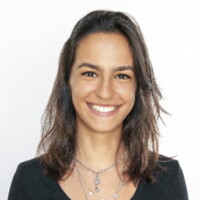 Filipa Godinho received her bachelor’s degree in Sociology from ISCTE-IUL in 2017. In 2019 she completed her Masters in Sociology also at ISCTE-IUL with a dissertation on gender and childhood. Between 2019 and 2020 she worked on the project TRANSRIGHTS – Gender citizenship and sexual rights in Europe: Transgender lives from a transnational perspective. In 2020 she started her PhD in the inter-university program Sociology: Knowledge for Open and Inclusive Societies (OpenSoc). She is currently part of the research team of the SAGE19 project: Scientific and Academic Gender (in)equality during Covid19. 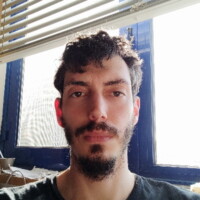 Jordi Zamarreño Beas is a postdoc research fellow at the Molecular Mechanisms of Pathogen Resistance laboratory leaded by Prof. Lígia M. Saraiva at ITQB-NOVA He received his PhD, focused in the study of antimicrobial resistance, in 2018 from the University of Aix-Marseille, in France. In 2019, he started working at ITQB in a project that aims to study the haem biosynthesis and metabolism in pathogenic bacteria. He obtained a MSCA fellowship to uncover new mechanisms to deal with A. baummaanii, a threatening multi-drug resistance pathogen (2021-2023). Jordi is an actual member of the equality group at ITQB-NOVA (GTIG). 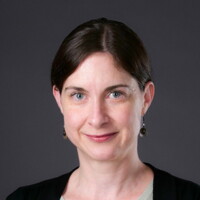 Megan R. Carey is a Group Leader in the Neuroscience Program at the Champalimaud Center for the Unknown in Lisbon, Portugal. She received her PhD in 2005 from the University of California, San Francisco, where her thesis was awarded UCSF’s Krevans Distinguished Dissertation Award. After a Helen Hay Whitney Postdoctoral Fellowship at Harvard Medical School, Dr. Carey started her independent laboratory at the Champalimaud. Her lab combines quantitative behavioral analysis, genetics, and physiology to understand how the brain controls learned and coordinated movements. Megan was an International Early Career Scientist of the Howard Hughes Medical Institute and her lab is funded by the European Research Council. She serves on the Board of Reviewing Editors for the journal eLife, and the Board of Directors for the Society for the Neural Control of Movement and the ALBA Network for Equity and Diversity in Brain Sciences. She has formerly served as the Chair of the FENS Kavli Network of Excellence (a network of early-mid career European neuroscience PIs), and as a high-level policy advisor to the former European Commissioner for Research & Innovation, Carlos Moedas.

We will also count with the special participation of Raffaella Gozzelino. 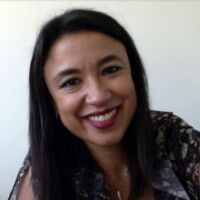 Raffaella Gozzelino is the Dean of the Atlantic Technical University (UTA) and Coordinator of the Campus do Mar in the Island of São Vicente, in Cape Verde. She is also a Group Leader at the Chronic Diseases Research Center (CEDOC) and Assistant Professor at NOVA Medical School, in Lisbon. Raffaella received a Pharmacology degree from the University of Parma, Italy, in 2001. She received her PhD in Neurobiology, in 2007, from the Faculty of Medicine of the University of Lerida, Spain. After a postdoc at Instituto Gulbenkian Ciência, in Oeiras, she started her own Laboratory on Inflammation and Neurodegeneration, in 2015, at the Chronic Diseases Research Center (CEDOC) in Lisbon. She received a number of international recognitions, which include the Gunshin Levy Award, the Frontiers Price and Elsevier Award for outstanding contribution as Academic Editor, the Pfizer Price and the Santander-Totta Collaborative Investigation Price. She was also tributed by the Cape-Verdean Embassy in Lisbon for scientific merit, dedication and contribution as Woman In Science. Raffaella is a Member of the Board of Directors of The International Society for the Study of Iron in Biology and Medicine (BioIron). Besides her outstanding contributions to Science, Raffaella directs her family charity “Anjos no Coração”. Promoting Science in underdeveloped countries and contributing to women empowerment is one of the main tasks that Dr. Gozzelino is working on.